Doncaster Physiotherapy > Pilates  > What is Pilates?

by info@doncasterphysio.com.au
in Pilates
Comments 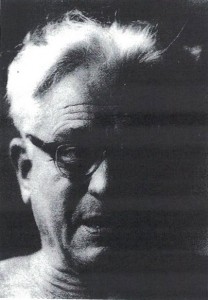 PEOPLE WERE DEVELOPING THEIR “CORE” WITHOUT CALLING IT THAT FOR CENTURIES. IT WAS ONLY AFTER THE PRACTICE WAS GIVEN A NAME THAT THE CORES STRENGTH REVOLUTION TRULY TOOK HOLD.

The act of identifying and naming a feature of the human anatomy has lead to a revolution. It has impacted on almost every sport known to man, But focus on “core strength” is not new. Exercises that develop the core – most of which use the body’s own weight – pre-date weight training and others strength exercises by centuries. People were developing their “core” without calling it that, from the beginning. Examples are the ancient Eastern discipline of yoga and the vigorous calisthenics practised by the Roman legions.

The actual term is now becoming more widely used the yoga community but core development was always essential to yogic practice which penetrates deep into the midsection of the human body and did so when exercise and its technologies focussed on superficial muscle groups. Any pose that improves balance is bound to develop core strength to an extent. Wittgenstein once remarked that we only think we understand a thing once we have name it. He was right, but the naming of *core strength* in the 1990s certainly enabled us to focus on it, distinguish it from other strength disciplines and recognise its importance. Before then, people often mistook “shredded” abdominals that whistle in the wind for abdominal strength. We now know it goes alot deeper than that. Quite literally.

Core strength has a significant impact on our ability to transfer power between lower and upper limbs via the torso. Hence, “paleo” devices like medicine balls and kettlebells have once again come into vogue. Core strength might be defined as superior control over the body’s centre of gravity. What we’ve learned is that the area between the chest and thighs hamstring, abdominals and back muscles – needs to be flexible, co-ordinated and strong. Once we’d admire those attributes in downhill skiers, divers, ballet dancers or gymnasts. We’d say they were “strong blooded”.

Possible the main advantage of core strength for health and fitness is “core stability”. We unconsciously mobilise our “core” even when we perform the simplest, everyday physical task and the tension we often unconsciously employ is accompanied by a change in the pattern of breathing.
Increase the load and the muscles strain to form a protective wall of strength around our viscera. The extent to which we can employ this strength affects everyday aspects of life. If core stability is insufficient it results in pain, poor posture and even tiredness. The real pioneer of the modern idea of core strengthening was Joseph Pilates (1883-1967). Pilates called his method “contrology”. Contrology blended therapy with exercise, concentrating on the body’s “powerhouse”, which describes what we call today the core.

The desired result was increased balance, flexibility, power, better breathing na plain relief. Pilates father was a champion gymnasts. Joseph studied yoga and all form of Eastern and Western exercise.
Pilates, like Australia’s own ace-innovator Percy Ceruty, began life with physical shortcoming, but went on to become a martial arts instructor, diver, yogi, bodybuilder, Kung Fu practitioner and gymnast. Ths he became familiar with the dynamic of power in human body and its connection to health and well-being, as well as sporting performance. Like cerutty, he looked to the Greeks for his philosophy, especially the ancient gymnasium.
Contrology was an integrated, controlled whole-opening method. During World War I, joseph, who was half-German half- Greek, was interned in a British concentration camp, where he taught his discipline to inmates, promising they would emerge stronger and healthier. When the flu pandemic struck in 1918, it is said that none of his prison students died.

Pilates, a prolific inventor, developed a range of equipment, which he called his “apparatus”. This included his Universal Reformer, Cadillac, Wunda Chair, High “Electric” Chair, Spine Corrector, Ladder Barrel and Pedi-Pole.
Pilates eponymous method, like some Chinese martial arts, split into two camps – the “traditional” and the “modern”. The former kept its original roots with a lineage traceable to its founder. The latter enabled “Pilates” to find its way into community centres, gyms and therapeutic practices. Though the imparting of Pilates has become “looser” than Joseph Pilates estate would have liked (yes, there have been lawsuits), as knowledge and technology have evolved, other disciplines involved with strengthening the body’s core have merged with Pilates. Core strength and stability developing technology is typically simple and sophisticated. Swiss balls, flex bands, rollers, rotator discs, wobble boards and other equipment provide a range of exercises.

Although his main purpose was the integration of mind and body, the popular practice which today bears Pilates name is focused mainly on the physical benefits of core strengthening. Awareness of the core has visibly improved every pursuit involving human movement. Barely a sport today does not, to some extent, incorporate it and rare is the gym that doesn’t provide classes in Pilates or core strengthening generally. 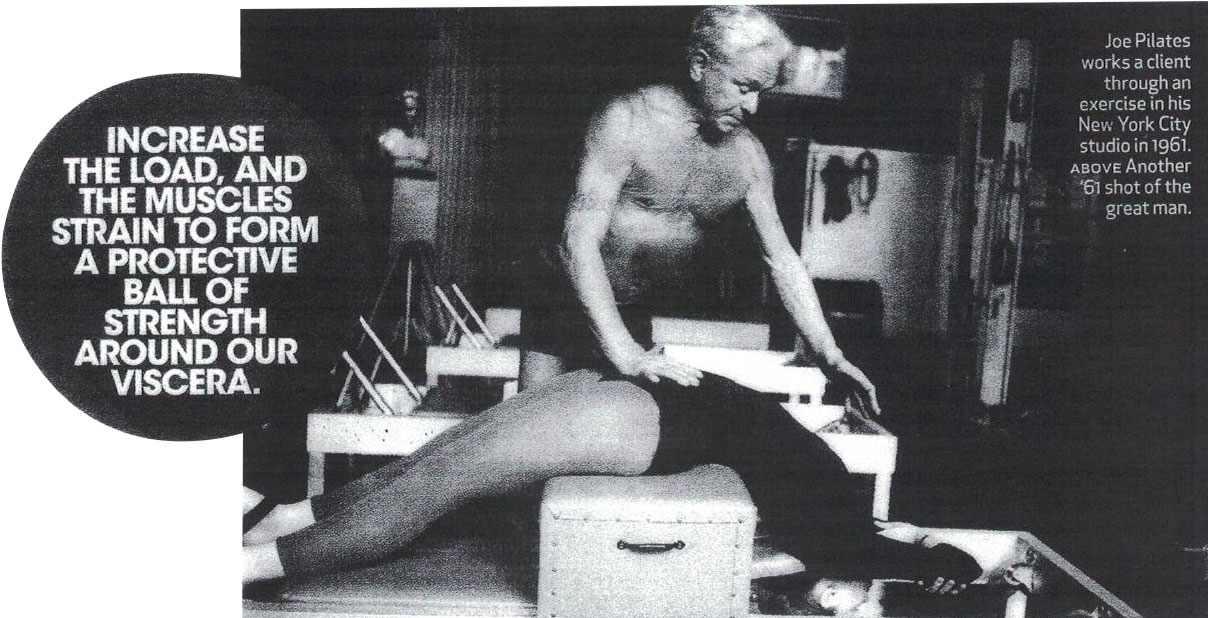